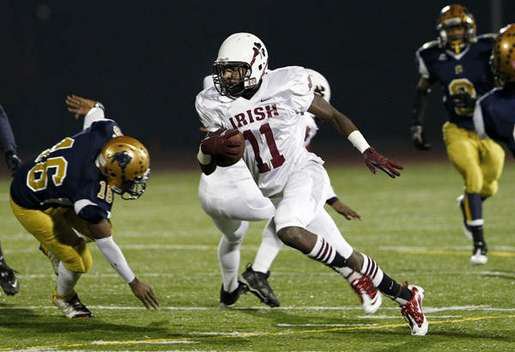 How did your senior season end off ?  Season ended ok, didn’t end like I wanted it to. We ended up 11-2.

How is your senior year playing out academically and athletically?  For both its one of my best years. I have an 84 average and my best season for football. Basketball is great were undefeated. 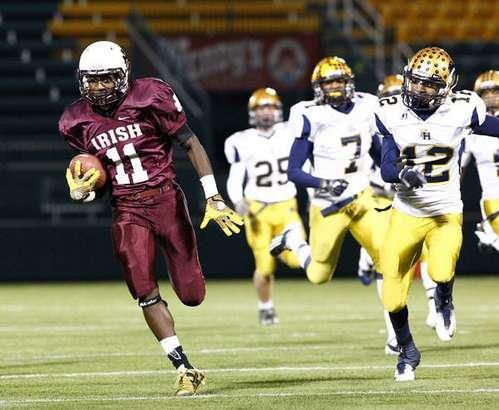 other areas around the country?   Section V guys we can actually compete anywhere and were good enough to go out and represent ourselves on the national level.  But you have to find outside camps and combines to showcase your talent against top talent in order to be seen.

Are you ready to make your college decision in Feburary?  I am ready to sign, and I am committed to Pittsburgh University.

Why do you like Pittsburgh?  When I went there the people impacted me. They treated everyone like family and I feel like I can make an impact early.  Also Pitt playing in the ACC is the main reason why I committed and the ACC is a bigger national stage.

How hard did you have to work to get where you are today?  I had to work really hard. A lot of

people said I can play football at the next level. Getting up early and going to the weight room to workout helped me a lot. I still have plenty of work to do but I know I will become successful by doing whatever it is I have to do.

What is your future goal?  I am undecided on my major. But I want to represent Rochester, NY very well at Pittsburgh University.  And like every kid, I do have aspirations to making it to the NFL.

Jahmahl Pardner - CB (Aquinas)  Call him Mr. Lockdown!  After an early interception, and nearly another within a couple of plays, things begin to quiet down for Pardner due to the fact that teams did not test him anymore.  Not much to talk about because he blanketed top receivers from other regions.  His listed 40-Time of 4.6 is not accurate according to his ability to bait QB's to throw his way and then close on the ball and either break-it-up or pick-it-off, he plays more like a 4.3 or 4.4 guy.  Recruiting notes:  Shows great footwork, and positions himself very well between the ball and the receiver to make plays.

Jahmahl Pardner – CB - (Aquinas)  Pardner has been slowly increasing his stock at the DB position on the national level.  He has been compared to the likes of Deion Sanders in terms of coverage ability,  but is just as physical as a Charles Woodson, in the fact that he is great in run support.  The 6'0, 187lb. defender also has deceptive speed to go along with his other talents, he pretty much can lock up an entire side of the field from the Cornerback position.  If QB’s aren’t careful he can possibly leave the game with multiple INT’s.  Pardner currently has one offer from Buffalo University and has heavy interest from Florida State, Duke, Syracuse, and Rutgers.  2011 will be the year for Pardner to dominate as his Little Irish continue their winning ways most teams will have to play from behind and pass the football to get back into the game, and that will play right into Pardners hands.  Expect him to have a great season!